35 Lamb’s Conduit Street is a fine, early C18th townhouse, that has suffered much change over nearly 300 years – both through bomb damage and through subdivision into multiple occupancy. James Gorst purchased the house in 1993 and refurbished the five floors forming five one bedroom flats. In 2014 the practice obtained planning permission to restore the house to its original status and cellular form as a single occupation family house. This had been a long held ambition and the work of restoration has proved a labour of love.

The works have been thorough and comprehensive. The butterfly roof pitches were re-clad with original and new clay peg tiles and bonnets and the asphalted parapet and valley gutters replaced with traditional stepped gutters clad in lead. The double hung sash windows, shutter boxes and shutters were replaced throughout to original details. Plaster was removed from all walls and replaced with lime plaster, with the external walls insulated with 40mm of breathable cork sheeting. All internal partitions consequent from subdivision were removed to restore the original layout. All six panelled doors, skirtings, architraves and dados were re-milled and installed. What has emerged is effectively a rebuilt terraced house of the early C18.

“It is as beautiful as you might expect from an architect who has spent his career designing remarkable homes.” 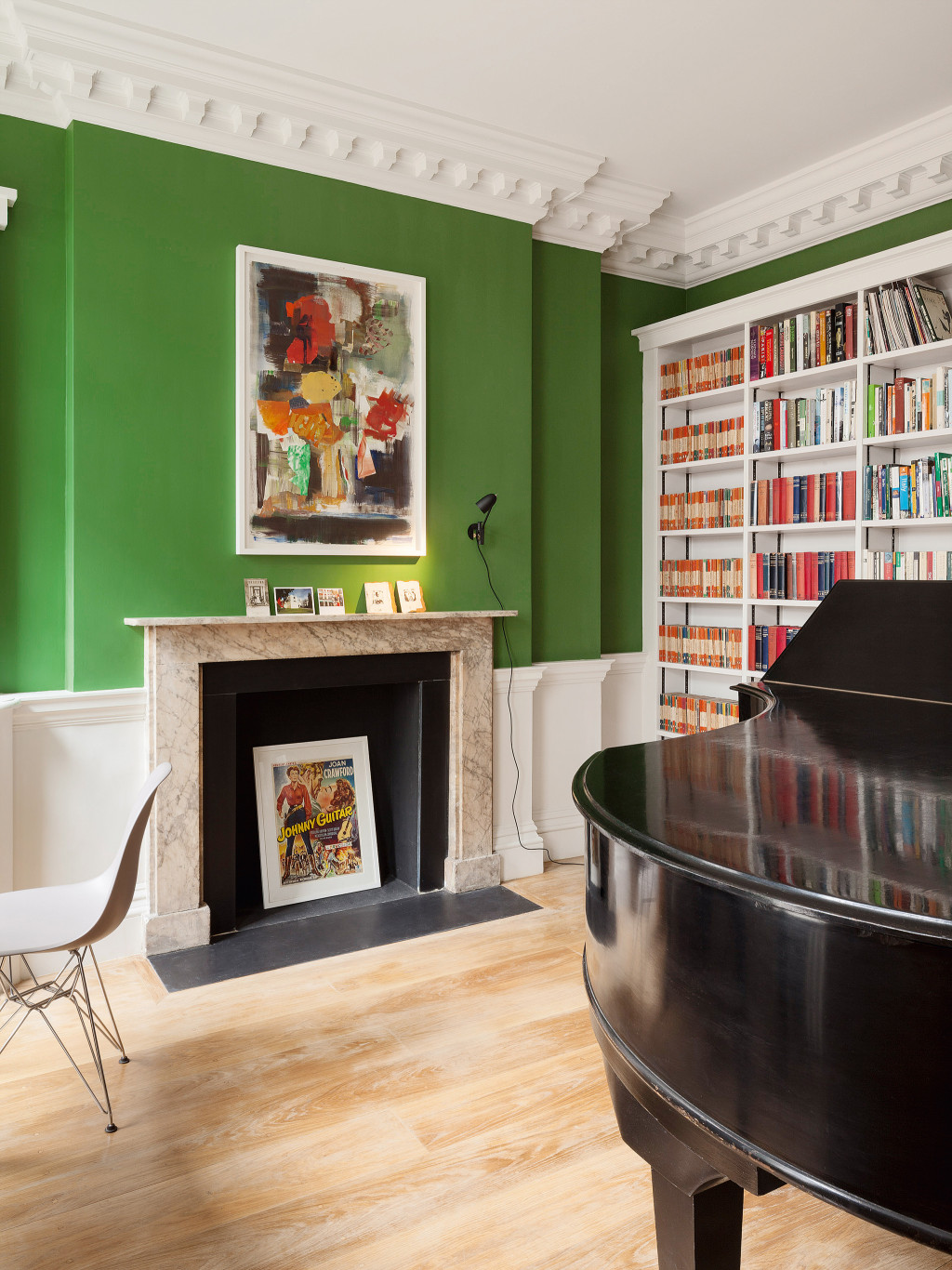 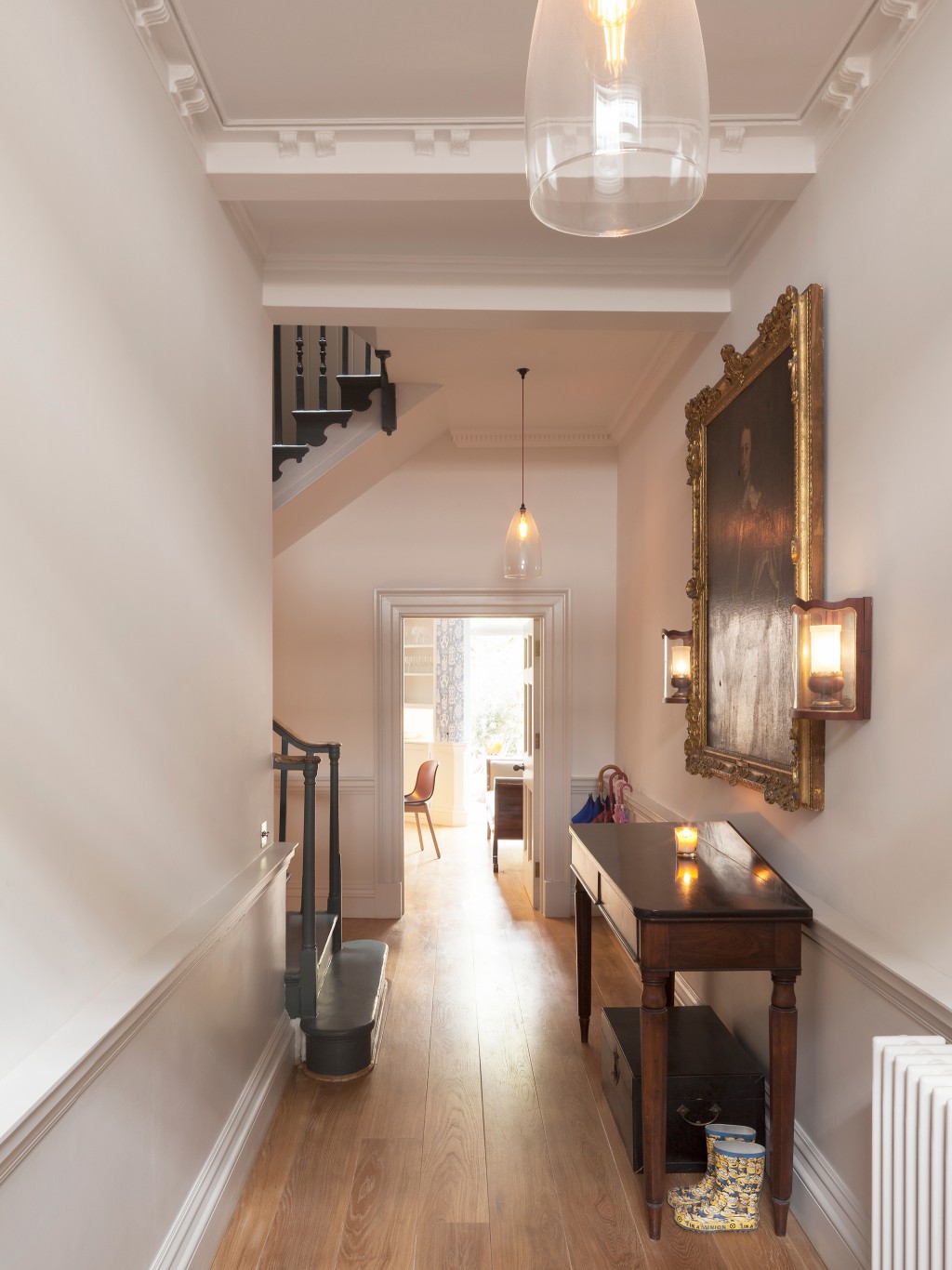 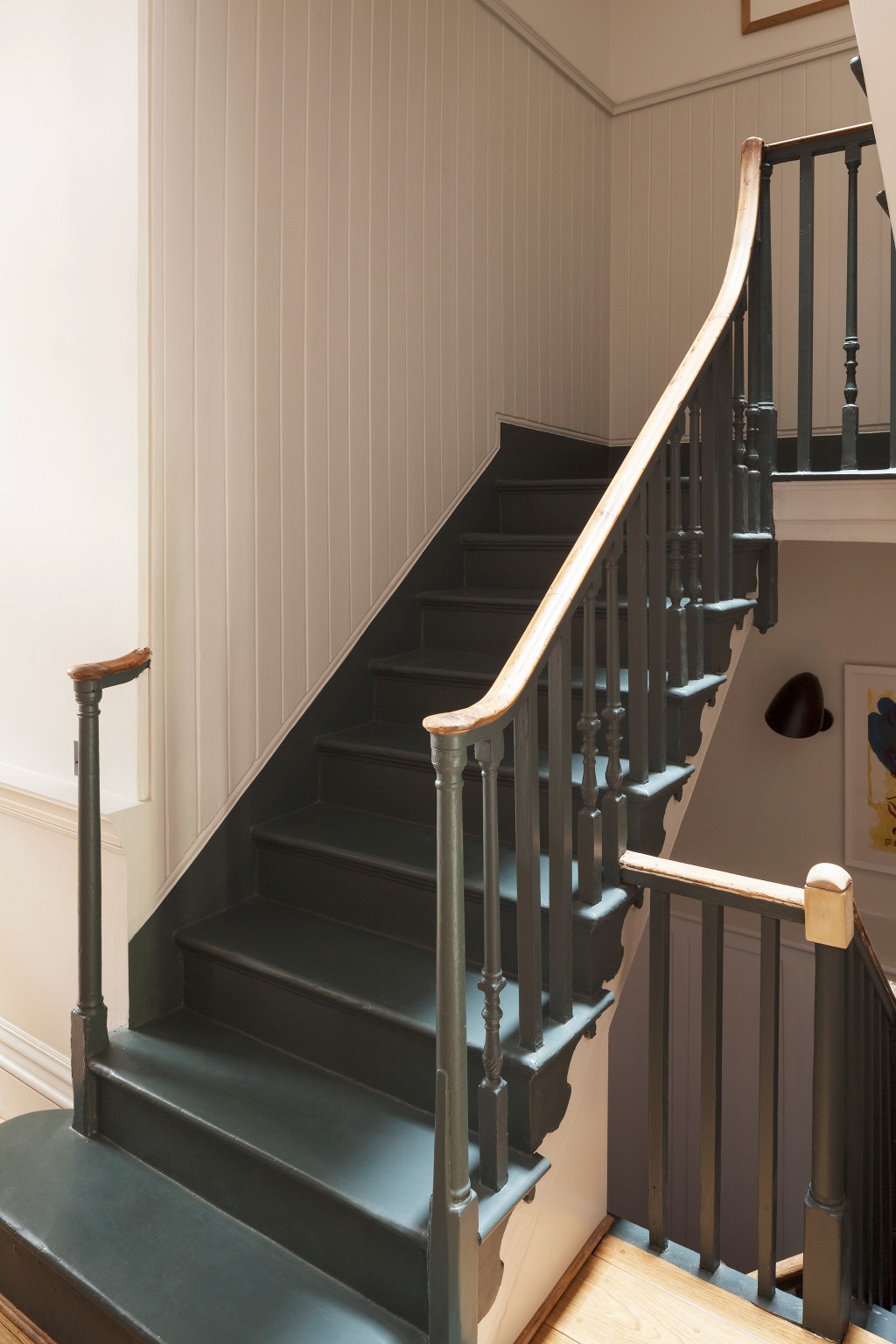 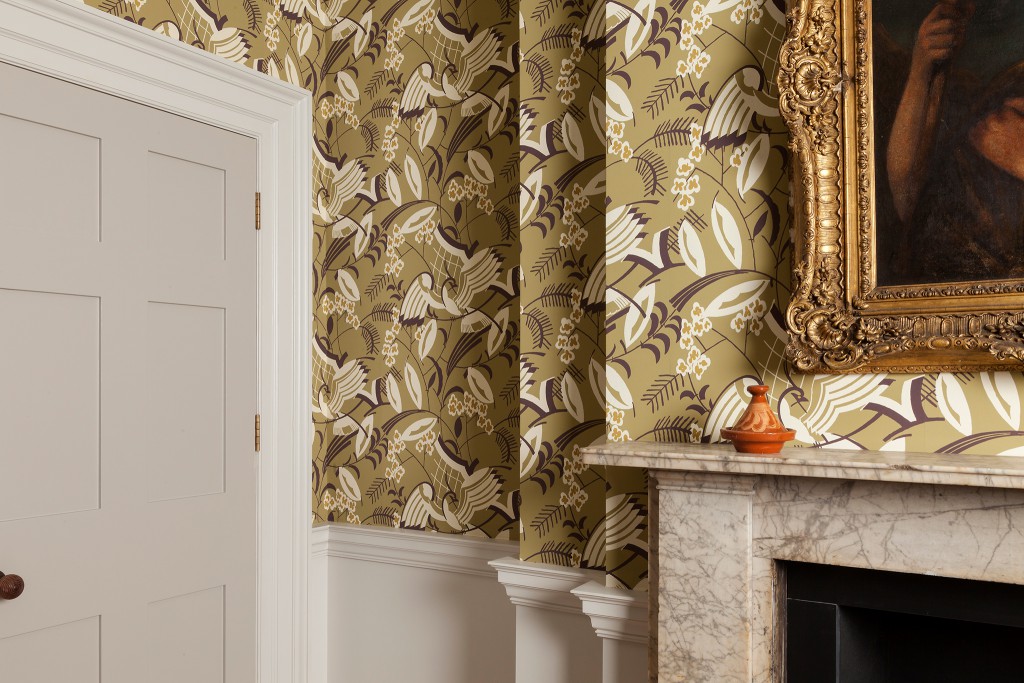 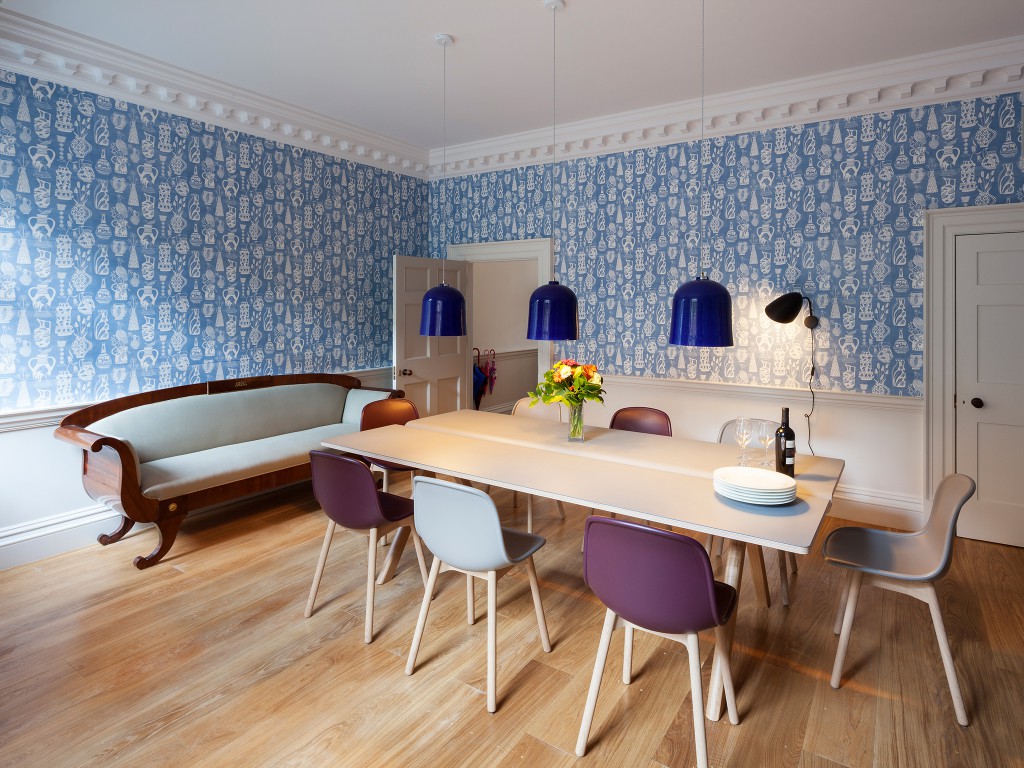 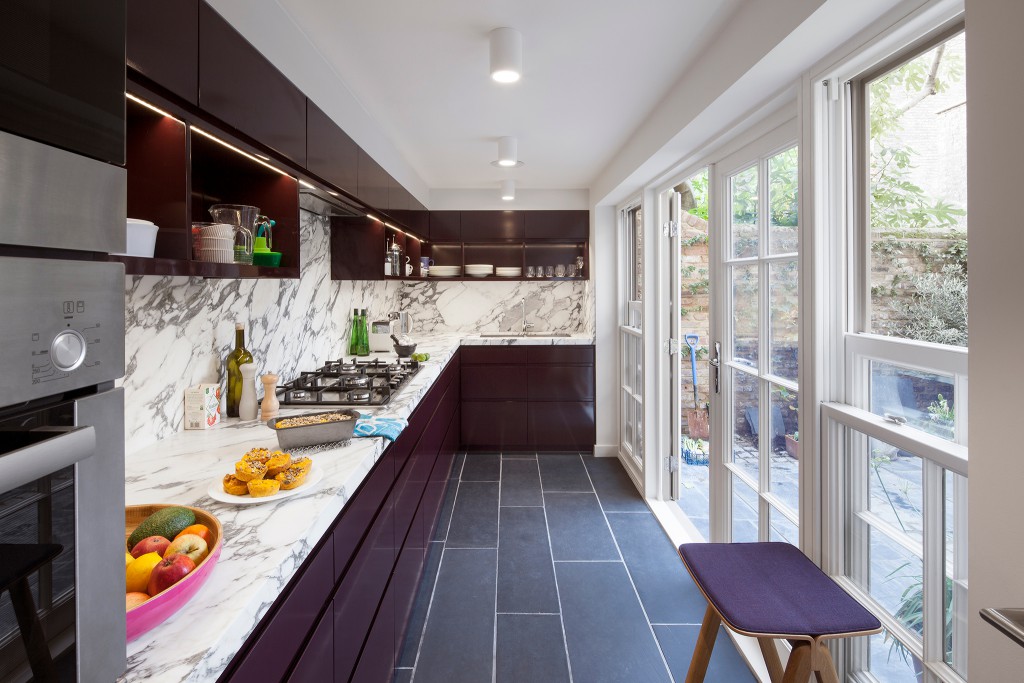 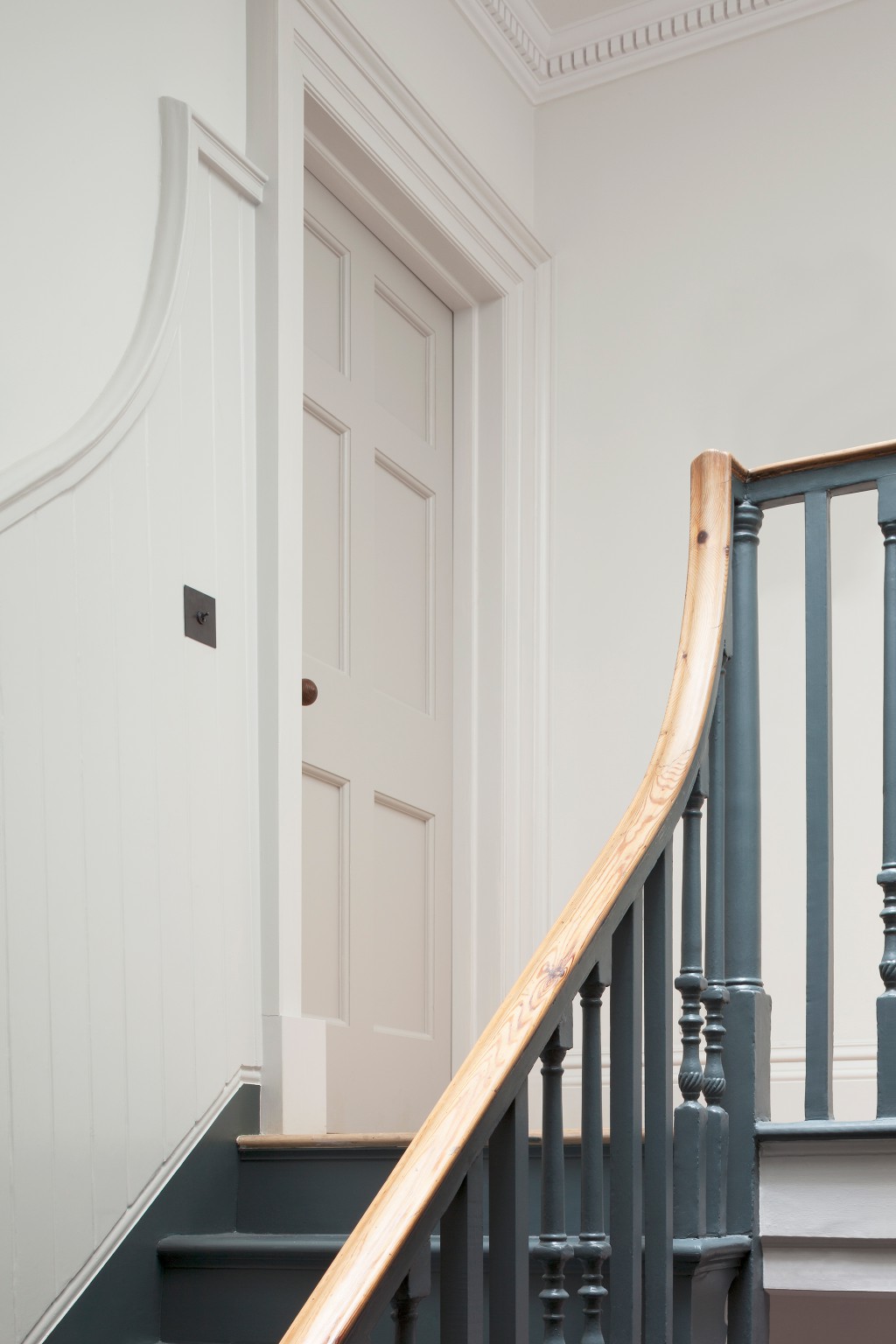 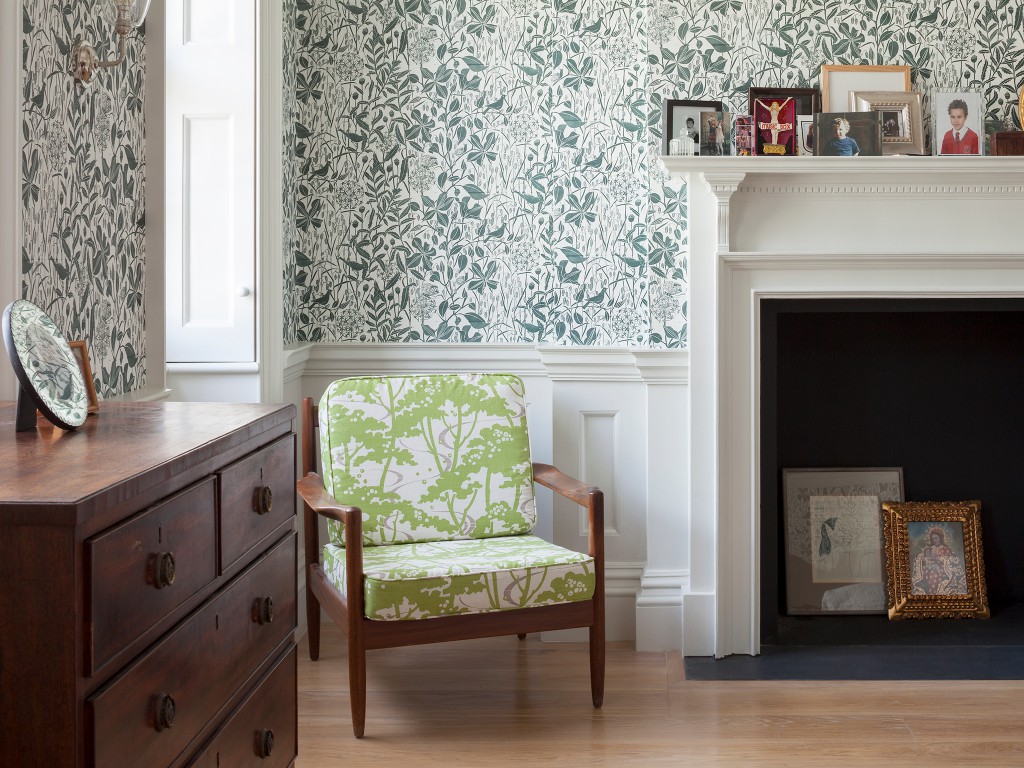 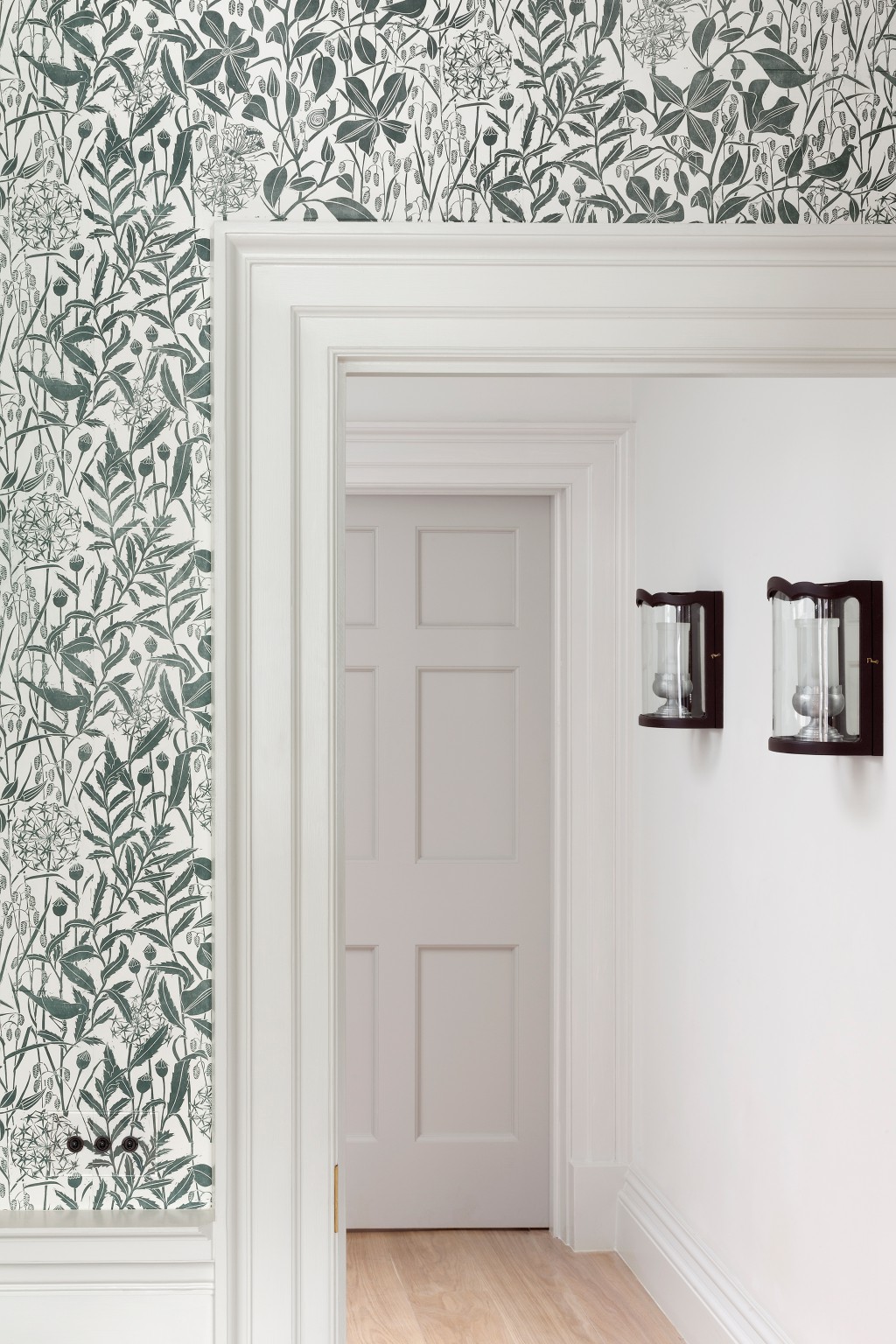 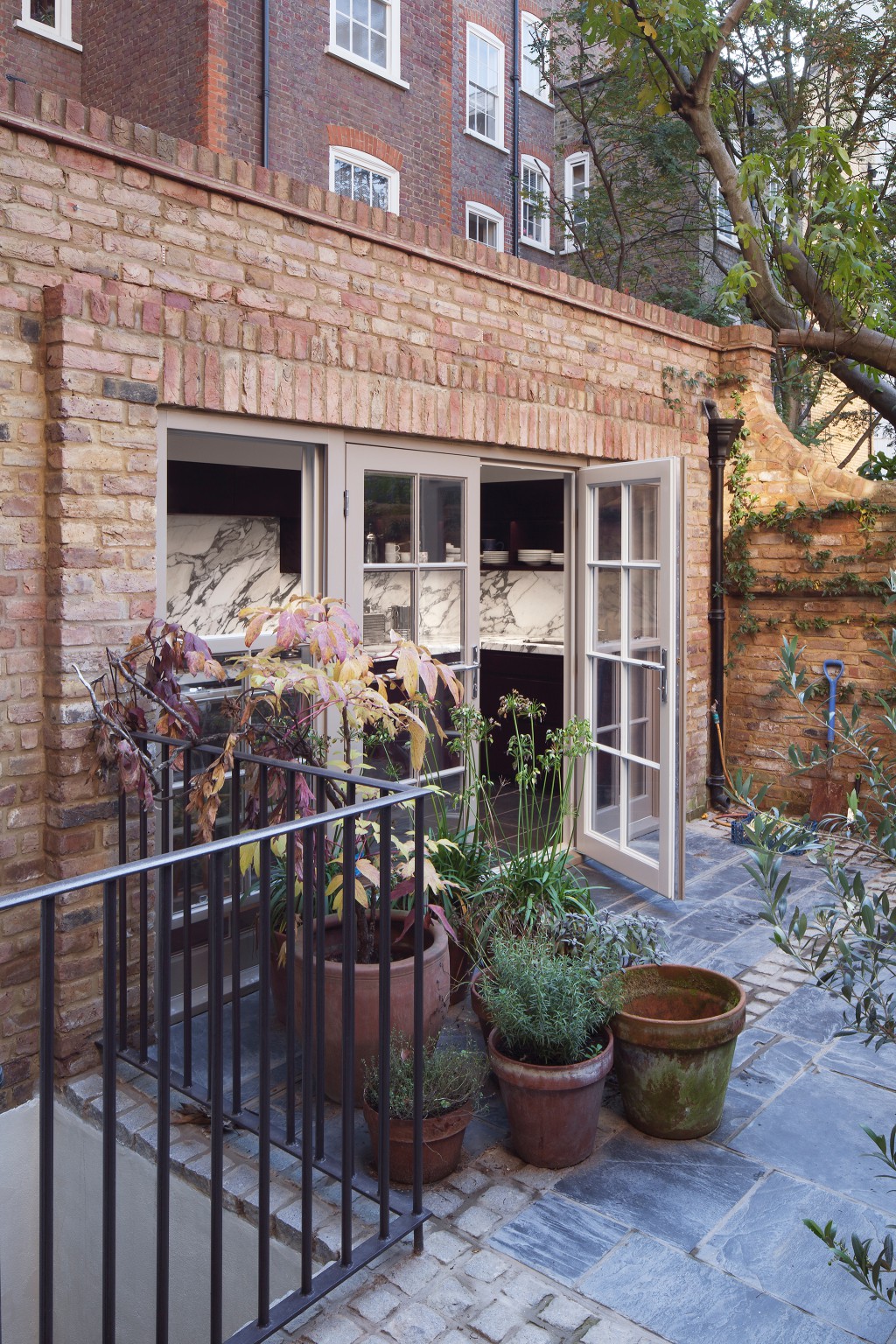